‘Ebifananyi’ is a series of archives brought to public space with the help of History in Progress, a project undertaken by Andrea Stultiens and Canon Rumanzi. In this 6th book, Denis Kyakulagira who is a son to Deo Kyakulagira, a photographer on Ebifananyi 1, introduces Andrea to an archive in St. Mary’s College Kisubi that had been taken care of by Brother Kizza (deceased).

The archive that Andrea received access to was of the Missionaries (Brothers) who documented not only their journey and experience but also made entomological documentation.

St. Mary’s College Kisubi is one of Uganda’s most prestigious secondary schools. You will hear in the corridors of influence that one of the reasons it is this way is because of the influence of Catholic discipline and vision.

I do not know how many OBs of SMACK, as the school is referred to, know what their motto stands for. It appears as one of those fancy terms old schools have that may have no meaning. In this book though, from the photos shared by the Brothers (Missionaries), this could have been a guiding word for the Christians bringing enlightenment.

There are numerous intriguing photos. Some from The Brothers and some from Andrea and Rumanzi. They document a life that looks so simple, so unbothered by what would have been currently happening in that time (world wars and rumours of wars). Funny how photos capture one frame and insulate it from everything else around it.

It also seems to show a superimposing of Western culture onto African culture. You can’t help but smirk when you see African boys dressed in shirts and shorts but without shoes. Or white women with elegant hats all seeming to watch something as the blacks stand out like peas in a pod. Or the missionaries standing seemingly dazed by the beauty of what they behold. 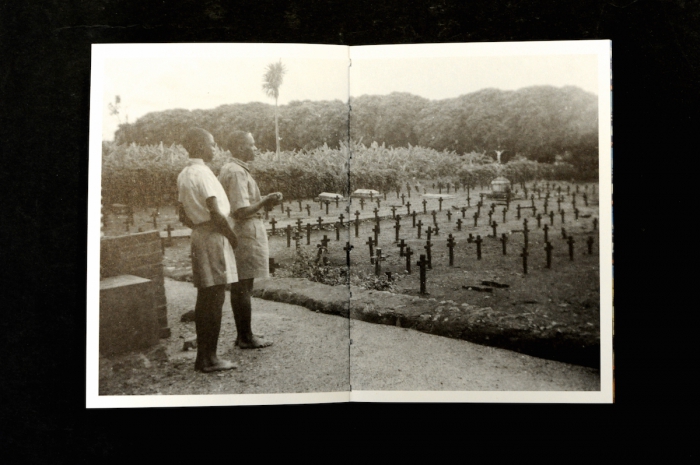 The photos change with time, you notice as gradually the blacks start to don socks and shoes and even suits. It’s an interesting backdrop for what we come to know as St. Mary’s College Kisubi.

What is brilliant though, is the carefully printed story of the Entebbe Road Tragedy. SMACK had just won a football game against St. Henry’s College Kitovu when the travelling fans had an accident and lost 12 students. The way the story is told is two fold, as part of a newspaper story and as part of a personal testimony. Both give some background on the political events of the day. This was a time when the Buganda government and Uganda government were at odds so the narrator seems to point fingers of the tragedy at the ruling powers. 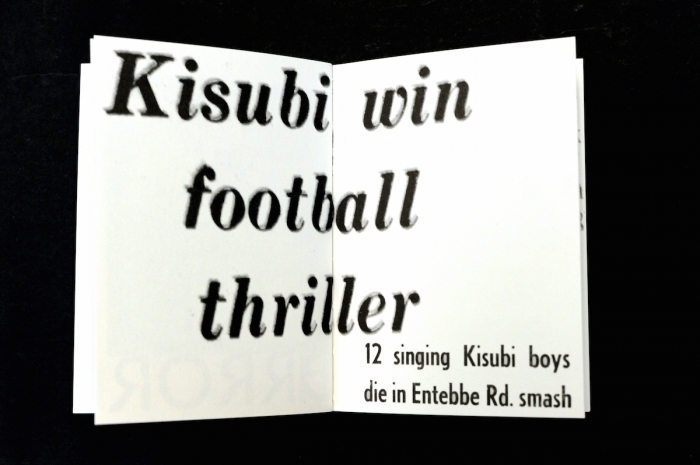 That aside, you will read into the accepted norms of the day, education, work, expectations and more. It’s the one part of the book that is purely text but it is thoroughly informative.

When the term “FACEBOOK” hit Uganda around 2006/7 to many of us, it was a cool social network. If you were not in a school that had “Face books” like SMACK, perhaps you’d not understand why it was called that. Ebifananyi 6 shares SMACK’s face books all the way from 1957 to 2004. You will notice that even the SMACK badge changes over time perhaps to reflect a change in the times. 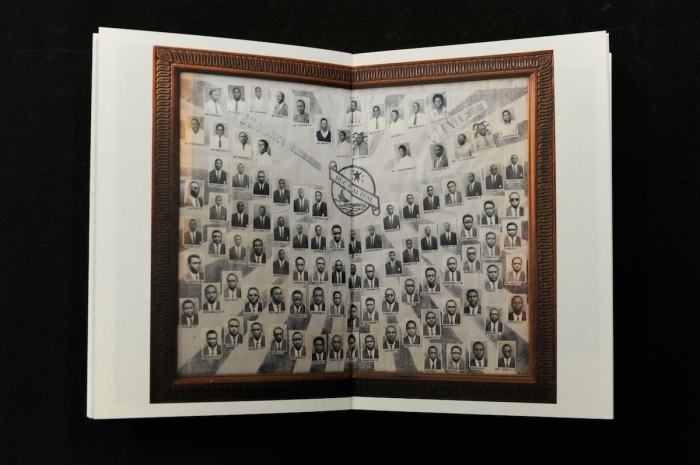 The one issue I have with this book is the print of photographs on dark paper. One has to strain their eyes. Other than that, it should be in the personal collection of everyone connected to St. Mary’s College Kisubi. Not only that, if you live in Uganda, it’s a bit of history you want to own.

The fact of the matter is that our history is not lost. It is stored away in archives and only the curious like Stultiens and Rumanzi seek it out. History in Progress have done much in bringing what we think is undocumented or lost to public access. Instead of going to archives in Kisubi or Makerere, their projects have made this information accessible. After learning what the motto of SMACK means, it reminds me of that famous quote from The Lion King “Remember who you are”  and launch out into the deep. Duc in Altum.

This book review was originally published at Nevender.com, as part of the #Writivism2016 Festival Book Features. Joel Ntwatwa is one of the select official book bloggers. He will review a number of books that will be launched, featured and available for sale at the festival. Look out for the badge below on your favourite book blogs. And come to the festival to buy the books and get them signed.