I am jealous. Why isn’t Donald Molosi Ugandan? Why? But the universe has been so kind, though he is a Motswana (yes, a person from Botswana is a Motswana. You are welcome.), he is an African.

What led me to grasping at any form of connection with the highly talented actor was his book, “We Are All Blue” which is what I should be telling you about and not my selfish interests.

Did Africa begin with colonialism? Was there no Africa before then? Why is it then that history lessons in most, if not all, African schools do not teach the time before then? Who made the curriculum? Is it still relevant? That we should learn about the French revolution like nothing significant was taking place on our continent just yet? Do other countries learn our history like we do theirs? Isn’t Africa, after all, a country that was only divided by European states that were taking up colonies?

) wanted me to think about but those are the questions that plagued my mind while I started and as I finished the book.

“We Are All Blue” is a collection of two plays; Blue, Black and White and Motswana; Africa, Dream Again. I’m guessing this is the part I justify my jealousy, right?

Blue, Black and White captures Bechuanaland right before it’s independence to become Botswana (Well, it was always Botswana but, apparently, the British could not pronounce it hence the name Bechuanaland). It explores the racial tension that was created by the marriage of Seretse Khama, Botswana’s founding father, to Ruth Williams, a British lady. Yes, the play is factual. No, it is not a boring history lecture.

[Aside: Is this book used in Botswana schools? If not, WHY? If yes, can I change nationality? Tihihi]

The Botswana flag is actually blue, black and white (Y’all need to pay me for this education I swear) which, I believe, is very telling of the essence of this play. I was going to say it is to tell Botswana’s story but there’s so much to it that I feel that would be an injustice to the genius of Molosi. Yes, it does tell the story. But oh so insight-fully it forces you to examine your own racial biases, rethink the education you have received and of course, question your history (as an African). Which is why I wish Molosi was a Ugandan. Don’t you think that would be about Uganda instead? (I’m sorry for being selfish. I can’t help it) 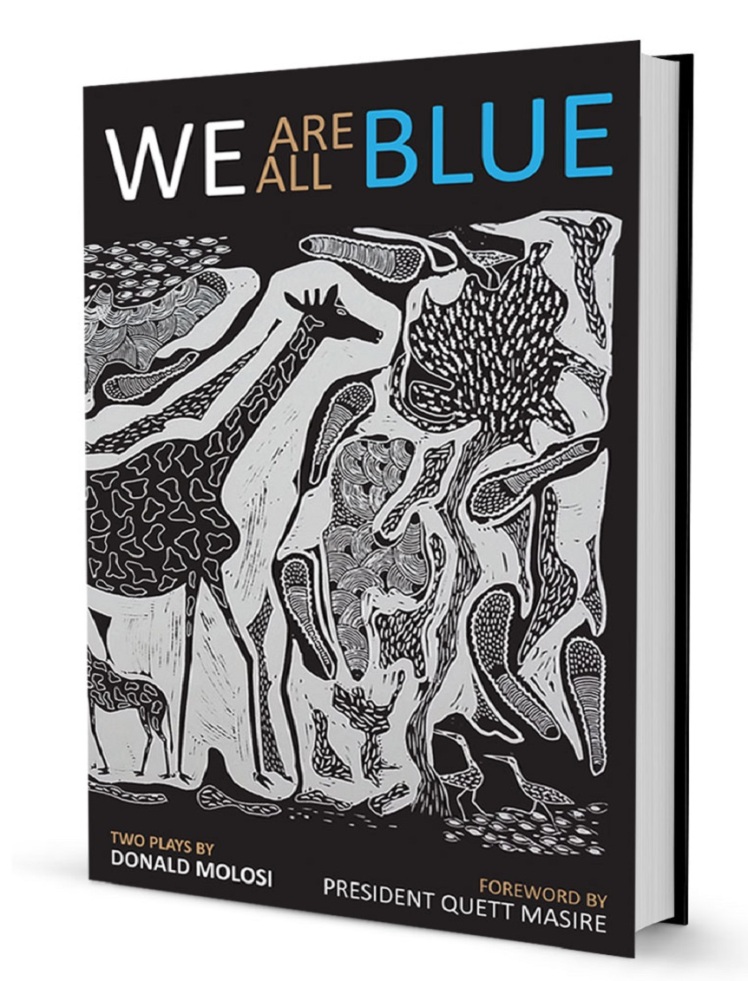 Motswana; Africa, Dream Again is more inward looking, questioning the concept of a nation. Again, it isn’t one of those ‘wire-rimmed-glass-wearing-barely-making-sense-but-sounding-intelligent-professor’ lectures. That was long. I know. It is an ode of sorts to what I would call ‘heroes’ of Africa that the author clearly admires . Thabo Mbeki, Philly Lutaaya (yap, we got a shout out my people), Seretse Khama… what can I say? Reading this book made me so proud to be African, I tell you and I’m not even thinking about the playwright’s intentions here. It challenged me, my beliefs to be specific. Like a voice of reason that I think everyone needs to read. Oh yes, I mean everyone.

“I want to believe that a common ancestry is what binds us as Africans. I often imagine a common ancestor holding all Africans fiercely and warmly inside her womb. But we do not know that history, that womb. We are orphans. Bitter, broken, and beggarly orphans.

Our history of victories, intelligence, and organization has been successfully erased and replaced with sad fictions of -to borrow my dad’s phrase- things tumbling into rough weather.” – Motswana; Africa, Dream Again.

Donald Molosi, like the boy in the Botswana folk tale that begins the book, is giving life to some of these stories that are like lost scrolls. And very brilliantly so. In my stalking business, call it research, I found out he’s done a play (No Idea, 2010) on a former Ugandan child soldier too. We need more Africans telling the African stories this way, .

I’m not sure I have told you everything that is amazing about We Are All Blue, but suffice it to say, every page is food for the soul and mind. It is proactive Pan Africanism, and it does not fail to capture your attention so I recommend you read it on a weekend/public holiday (like I did) as it is easy to want to finish it in one sitting.

Yes, and I still think he should be Ugandan.

We Are All Blue is published by The Mantle.

This book review was originally published at Subtle Royalty, as part of the #Writivism2016 Festival Book Features. Mirembe Esther Astar is one of the select official book bloggers. She will review a number of books that will be launched, featured and available for sale at the festival. Look out for the badge below on your favourite book blogs. And come to the festival to buy the books and get them signed. 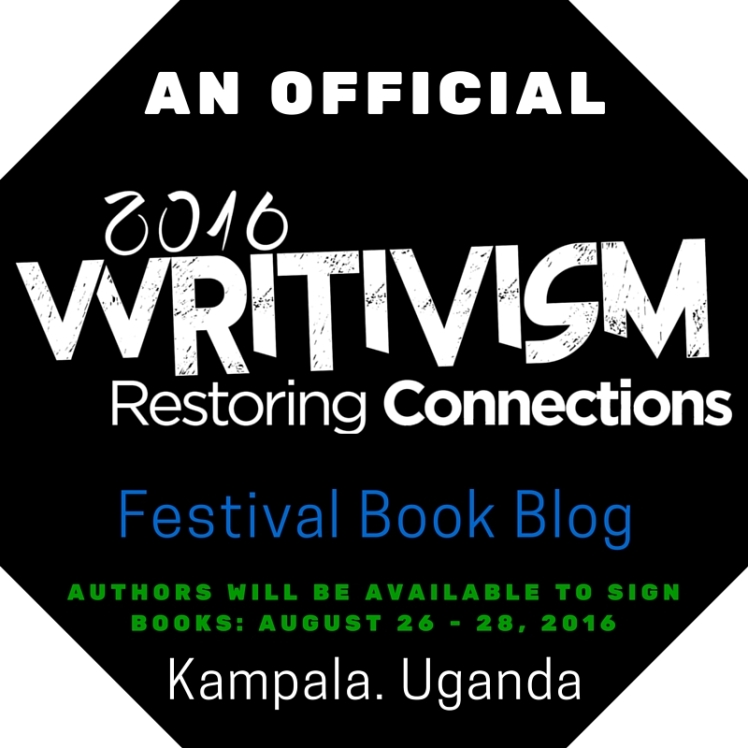