The Writivism program is excited to announce the established African writers who will be working with emerging writers in our 2017 Creative Writing Mentoring Program for fiction and nonfiction. Selected mentees, under the guidance of the mentors, will work on stories for submission to the 2017 Writivism Short Story Prize and the 2017 Koffi Addo Prize for nonfiction over a period of 6 weeks. 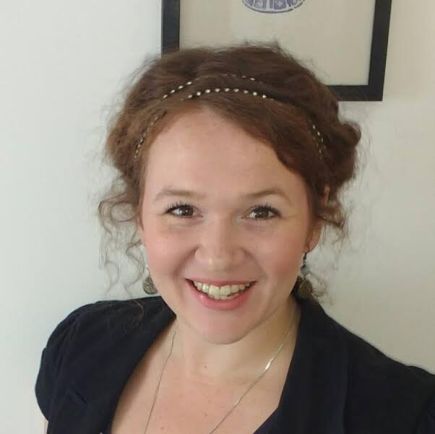 Karen Jennings was born in Cape Town, South Africa in 1982, but now lives in Goiania, Brazil. She holds Masters degrees in both English Literature and Creative Writing from the University of Cape Town, as well as a PhD in English Literature from the University of KwaZulu-Natal. Her debut novel, Finding Soutbek was published in 2012 by Holland Park Press and was shortlisted for inaugural Etisalat Prize for African Fiction. In 2014 her short story collection, Away from the Dead, was longlisted for the Frank O’Connor International short story competition. Her memoir, Travels with my Father, was published in November 2016 by Holland Park Press. Karen is currently a Miles Morland scholar and is working on a fiction manuscript.

Dami Ajayi is a poet, short story writer and medical doctor. His acclaimed book of poems, Clinical Blues, was shortlisted for 2012 Melita Hume Prize and 2015 ANA Poetry Prize. His electronic chapbook, Daybreak and other poems, published in 2013 garnered an massive online readership. On the strength of both collections, he has been described as “one of the new voices in African poetry”. His fiction has appeared online as well as in print in several anthologies including Jalada, Brittlepaper, Itch magazine, Kalahari Review, Gambit: Newer African Writing and Songhai 12: New Nigerian Voices. His music reviews, book reviews and other writings have appeared in the Guardian UK, Wawa Review of Books, OlisaTV, NaijCom, Bakwa Magazine and elsewhere. Dami Ajayi, besides being the co-publisher/founder of Saraba Magazine, also serves on her board and edits fiction for the publication. His hugely anticipated second poetry collection tentatively called ‘The World According to Affection’ will released later this year.
Yewande Omotoso

Yewande Omotoso was born in Barbados, she grew up in Ile-Ife, Nigeria and Cape Town South Africa and currently lives in Johannesburg. An architect, she completed a Masters in Creative Writing at the University of Cape Town. Her debut novel ‘Bomboy’ (Modjaji Books), was shortlisted for the 2012 Sunday Times Fiction Prize, the MNet Film Award and the 2013 Etisalat Prize for Literature. It won the South African Literary Award First Time Author Prize. Her short stories include ‘How About The Children’ in Kalahari Review, ‘Things Are Hard’ in the 2012 Caine Prize Anthology, ‘Fish’ published in The Moth Literary Journal and ‘The Leftovers’ in One World Two. Yewande was a 2013 Norman Mailer Fellow and a 2014 Etisalat Fellow. In 2015 she was a Miles Morland Scholar. Yewande’s second novel ‘The Woman Next Door’ (Chatto and Windus) was published in May 2016.
Tiah Beautement 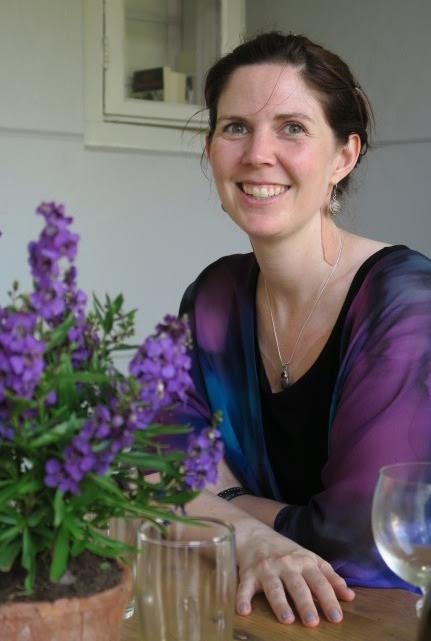 Tiah Marie Beautement was born and raised in small town Oregon in the USA. Her university education was spread between St Mary’s in California and University of Cape Town. After graduation she found herself in the UK, picking up a South African husband, two children and a second citizenship (UK). In 2008 she moved to South Africa with her family. They live in the southern Cape on the Garden Route, with their dogs and a small flock of chickens. She splits her time between writing, running writing workshops for children and doing book review for the Sunday Times.  Tiah’s short stories can be found scattered over the internet and in various magazines and anthologies. This Day is her second novel (Modjaji, August 2014).

Jennifer Nansubuga Makumbi is a Ugandan novelist and short story writer based in Manchester. She has a PhD from Lancaster University. Jennifer has taught Creative Writing and English for the last ten years in British Universities. Her novel, Kintu, won the Kwani Manuscript Project in 2013. It was published in 2014 and was longlisted for the Etisalat Prize 2014. Jennifer’s short story, Lets Tell This Story Properly won the regional (Africa) and overall Commonwealth Short story prize 2014. In 2015 she won an Arts Council Grant to research her second novel, The First Woman was Fish. Her short story Malik’s Door came out in ClosureContemporary Black British Short Stories 2015. Her short story, The Nod, will be published in the Bare Lit ’16 Anthology coming out in February 2017. Jennifer is currently working on a collection of short stories set in Manchester, UK which will form her third book. 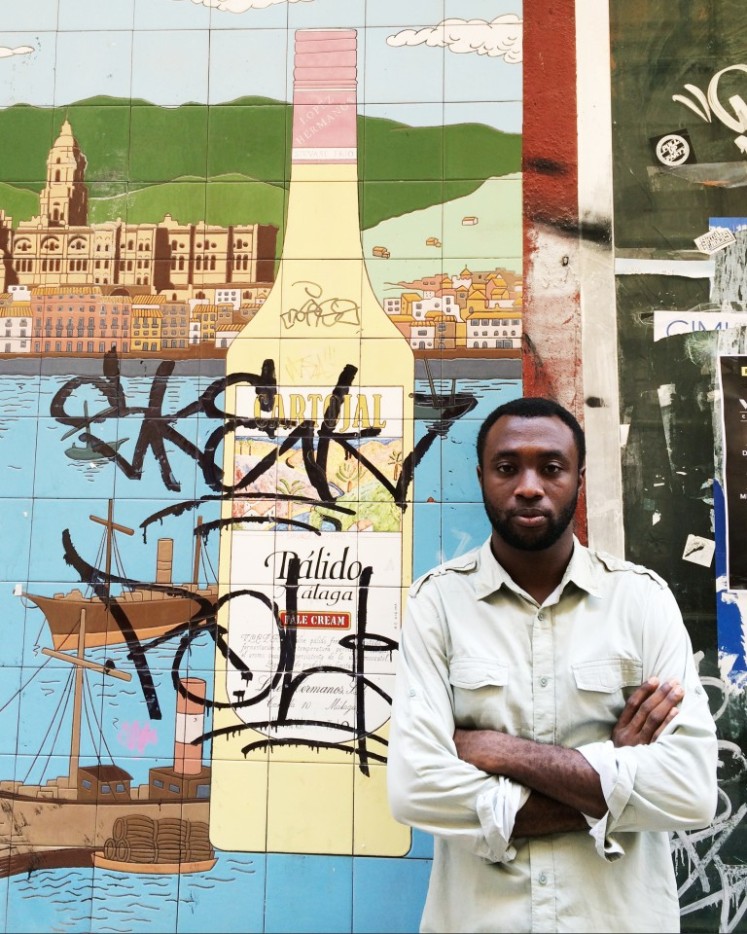 Emmanuel Iduma, a writer and art critic, is the author of the novel The Sound of Things to Come and A Stranger’s Pose, a forthcoming book of travel stories. His essays have been published in several journals and exhibition catalogues. He trained as a lawyer in Nigeria, and graduated from the MFA program in Art Writing at the School of Visual Arts, New York, where he now teaches.

Lidudumalingani is a writer, filmmaker and photographer. In 2016 he was awarded the Caine Prize for African writing for his short story Memories We Lost and the Miles Morland Scholarship, which will see him spend a year writing his debut novel titled Let Your Children Name Themselves. His writing has appeared in newspapers, online platforms and literature journals like Chimurenga and Prufrock. His films have been screened at international festivals and his photographs exhibited in Cape Town. 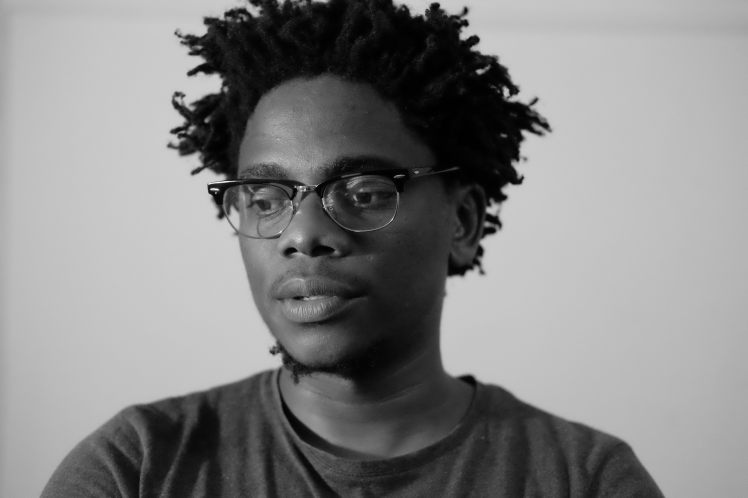 Ukamaka Olisakwe (screenwriter, novelist, nonfiction writer; Nigeria) writes TV scripts (most recently the series “The Calabash”), essays, short stories, and has one novel. Selected in 2014 by the Africa39 Project as one of the continent’s most promising writers under the age of 40, she has had her work appear in the New York Times and on the BBC, as well as been published in Jalada, Saraba, Sentinel Nigeria and Short Story Day Africa. She participated in the International Writing Program at the University of Iowa, and was a 2016 guest writer of City of Asylum in Pittsburgh, Pennsylvania.

Chuma is the founder of the literary magazine African Writing with my old friend, Afam Akeh. Hi novels and short story collections include The Extortionist (1983) and Dangerous Inheritance (1988), African Tales at Jailpoint (1999), One More Tale for the Road (2003), Diaries of a Dead African (2003), The Ghost of Sani Abacha (2012), How to Spell Naija in 100 Short Stories Volumes 1 (2013), and 2 (2016). His stories have found foster homes in the London Review of Books, La Internazionale, AGNI, MTLS, Arzenal, and Sentinel, among places. His poetry collections include Memories of Stone (2006) and The Final Testament of a Minor God (2014), and The Extinction of Menai.

Melissa Kiguwa is a poet and a radical feminist. Her work is rooted in acknowledging and giving praise to diverse afro-experiences. Her work focuses on imperialism, migration, sexuality, spirituality, and trauma. In her work she re-imagines liberation, new horizons, and inter-generational legacy building. She is currently working on her postgraduate studies at the London School of Economics and Political Science. Her provocative debut collection of poetry can be purchased at www.melissakiguwa.com

Born and raised in Nigeria, Adeola Opeyemi has a bachelor degree in English. She has worked extensively as a freelance book editor. She writes fiction, non-fiction and poetry and she sometimes tries her hand on oil painting. In 2015, she was a writer-in-residence at the Ebedi International Writer Residency, Iseyin, Nigeria.

She was a former editor at WriteHouse Collective and the current editor of Afridiaspora.

Rahla Xenopoulos is the author of A Memoir of Love and Madness and
the novels Bubbles and  Tribe. Many of her short stories have been
published in magazines and in Women Flashing, Twist and Just Keep
Breathing. She lives in Cape Town.

Pemi Aguda writes short stories; most of which are influenced by Lagos, Nigeria where she lives. Her short story, “Caterer, Caterer” won the 2015 Writivism Short Story Prize

Okey Ndibe is the author of the novels Foreign Gods, Inc. and Arrows of Rain, the memoir, Never Look an American in the Eye: Flying Turtles, Colonial Ghosts, and the Making of a Nigerian American, and co-editor of Writers Writing on Conflicts and Wars in Africa. The New York Times as well as Philadelphia Inquirer, Cleveland Plain Dealer, and Mosaic magazine named Foreign Gods, Inc. one of the 10 best books of 2014. 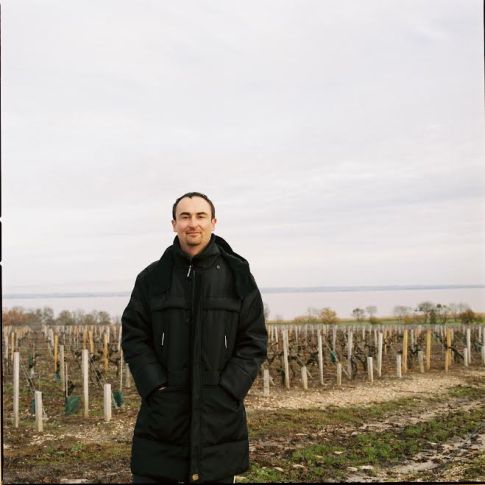 One thought on “Your Favorite Writers are Mentoring!”