Donald Molosi is a brilliant playwright. What better way to learn about Botswana than by reading a play? The last time I read a play set in Africa was Ola Rotimi’s Our Husband Has Gone Mad Again, back in high school. Reading We Are All Blue was refreshing and I learned a GREAT deal about Botswana from this creative collection of two short plays.

The first play entitled, Blue, Black & White takes readers to a classroom, where young students are learning about pre-independence Botswana (or Bechuanaland, as the British called it) and Botswana’s founding father – Sir Seretse Khama’s controversial marriage to his British wife, Ruth Williams. The title of this play is actually the colors of Botswana’s flag: blue represents water, which is considered the lifeline of the desert nation; black represents the majority black population; the white strips represent the white citizens with whom the Motswana want to live in harmony with.

The play simultaneously educates the students in their classroom as well as the reader of the Khama love story, Botswana’s road to independence and the importance of being inclusive as an African nation. I found this play to be oh soo cute! I loved all the characters (students) and the side conversations they had with their annoyingly domineering teacher.

Reading about history can be boring and tedious. But this play definitely informs Motswana (Motswana – citizen of Botswana) and others – both of African and non-African descent, on some facts about Botswana’s first president and the challenges the nation overcame in order to be as inclusive of all people as possible. The film – A United Kingdom directed by Amma Asante (yes, the Ghanaian-Brit film director!) based on Sir Seretse Khama and Lady Ruth’s disputed interracial romance, has been selected to open the 60th BFI London Film Festival in October! It should be showing in cinemas by November. I will definitely keep an eye out for that!

The second play entitled, Motswana: Africa, Dream Again is essentially a play on what it means to be Motswana (again, Motswana means, a citizen of Botswana). In this play, the protagonist – Boemo, is sooo woke! Boemo is a thirty year old member of parliament who seems annoyingly conscious (to everyone else) of his identity as Motswana and as an African. As a child of the new generation, he identifies more with being Pan-African than identifying solely as Motswana,

My mind and my knowledge of myself are formed by the victories that are the jewels in our African crowns, the victories we earned from Lagos to Juba, from Dimawe to Sophiatown, as the Ashanti of Ghana as the Berbers of the Sahara, as the Swahili of Tanganyika. Being part of all these people, and in the knowledge that none dare contest that assertion, I shall claim that I am African. And I am a Motswana (page 80).

Motswana: Africa, Dream Again is super short and straight to the point in its criticisms and depiction of post-colonial Botswana and what it means to call yourself an African today. I truly appreciate the Pan-African nature of this play. It erases the borders the colonial masters drew around us and simply articulates the importance of celebrating all African nationalities and identities – be it Namibian, Ugandan, Chadian, Ethiopian, Burkinabé, Moroccan or Africans from the diaspora – as ONE,

I want to believe that a common ancestry is what binds us as Africans. I often imagine a common ancestor holding all Africans fiercely and warmly inside her womb… (page 96).

I always thought my first read from Botswana would be by Bessie Head, but Donald Molosi beat her to it! I’m eager to see Molosi perform live on stage one day, as he’s primarily an actor. I especially love that he got his undergrad degrees (in Political Science and Theatre) from Williams College – Middlebury’s (my alma mater) sister liberal arts school! So many young people of African descent doing amazing things. Read We Are All Blue if you want to enjoy a collection of entertaining, historical plays on Botswana and on Africa as a whole. This collection is inspiring.

We Are All Blue is published by The Mantle.

This book review was originally published at African Book Addict, as part of the #Writivism2016 Festival Book Features. Darkowaa is one of the select official book bloggers. She will review a number of books that will be launched, featured and available for sale at the festival. Look out for the badge below on your favourite book blogs. And come to the festival to buy the books and get them signed. 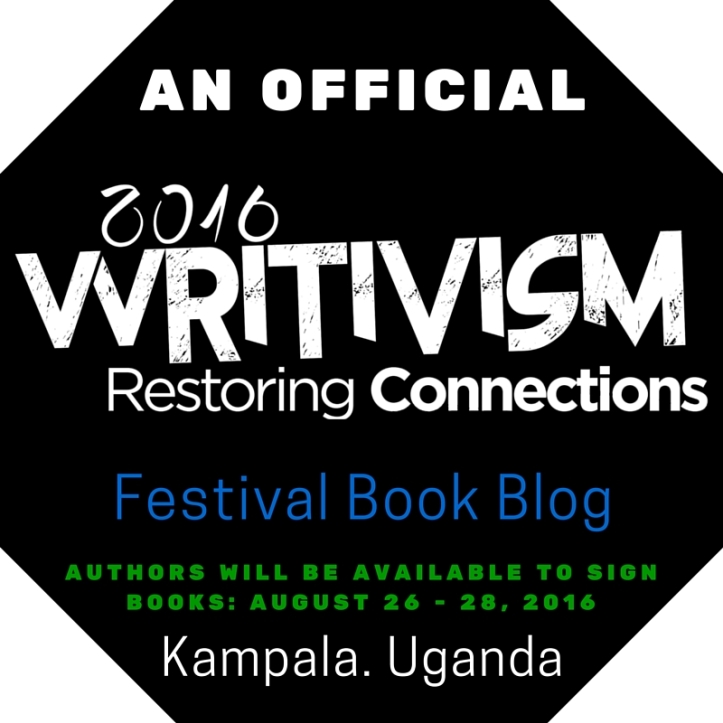