The judges will select ten entries for each prize that will be published in the 2019 annual Writivism anthology. They will further select three entries each for the prize shortlist. Six shortlisted writers for both prizes will join the judges to attend the 2019 Annual Writivism Festival in Kampala, between August 15 and 18 where they will receive USD 150$ cash. A winner for each prize will receive USD 500$ cash on being announced, qualify for a one-month writing (editing) residency at Stellenbosch University (and a stipend of USD 500$) and a publishing offer from Black Letter Media for their debut manuscript.

Jennifer Nansubuga Makumbi, a Ugandan novelist and short story writer, has a PhD from Lancaster University. Her first novel, Kintu, won the Kwani? Manuscript Project in 2013 and was longlisted for the Etisalat Prize in 2014. Her short story Let’s Tell This Story Properly won the 2014 Commonwealth Short Story Prize, and will be included in her first collection of stories, Manchester Happened,  to be published by Oneworld in 2019 and by Transit Books as Let’s Tell This Story Properly for the North American market. In 2018, Jennifer was awarded the prestigious Windham-Campbell Prize for Fiction to support her writing. She lives in Manchester with her husband, Damian, and her son, Jordan, and teaches creative writing at Manchester Metropolitan University.

Born to two Ghanaian journalists, Ayesha Harruna Attah grew up in Accra and was educated at Mount Holyoke College, Columbia University, and NYU. Her writing has appeared in the New York Times Magazine, Asymptote Magazine, and the Caine Prize Writers’ Anthology. Her debut novel, Harmattan Rain was nominated for the Commonwealth Writers’ Prize. Her second novel, Saturday’s Shadows, was published in English and Dutch. In 2016 she was awarded the Miles Morland Foundation Scholarship. Her latest novel The Hundred Wells of Salaga has been translated into various languages.

Emmanuel Sigauke teaches English at Cosumnes River College in Sacramento, California. Educated at Gwavachemai Secondary school in rural Zimbabwe and High Field High school in Harare, studied English at the University of Zimbabwe and California State University, Sacramento. He has been published in poetry and fiction anthologies, and his collection of short stories, Mukoma’s Marriage and other Stories, was a finalist in the 2015 NAMA awards, Zimbabwe. In 2015 he co-edited Roses for Betty and other Stories, published by the Centre for African Cultural Excellence (CACE) and is the sole editor for Sundown and other stories, the 2016 Writivism Annual anthology and Transcending the Flame, the 2018 Writivism mentoring anthology. He has edited various other anthologies, notably the African Roar series. He has been a mentor on the Writivism programme and judge of the short story prize. He is also the founder and editor of Munyori Literary Journal. Emmanuel sits on the Writivism Advisory Board. 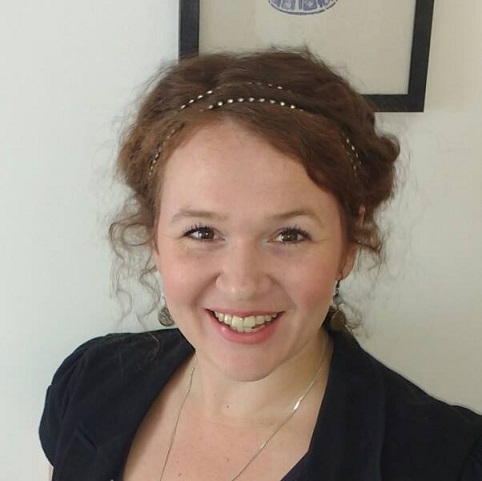 Karen Jennings holds Masters degrees in both English Literature and Creative Writing from the University of Cape Town, and a PhD in English Literature from the University of KwaZulu-Natal. Her debut novel, Finding Soutbek, was shortlisted for the inaugural Etisalat Prize for Literature. In 2014, her short story collection, Away from the Dead, was longlisted for the Frank O’Connor International Short Story Award. Her memoir, Travels with my Father, was published in 2016 and her poetry collection Space Inhabited by Echoes came out in 2018. In 2019 her new novel Upturned Earth will be published. She has recently completed  postdoctoral research at the Federal University of Goiania, Brazil on the relationship between science and literature. 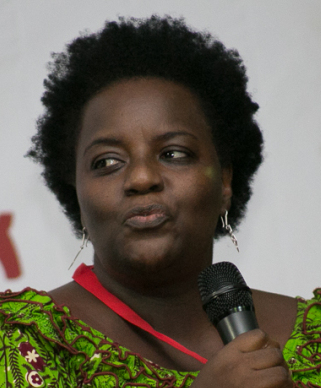 Kinna Likimani is a Director at Odekro, a Parliamentary monitoring organization based in Ghana. She is also the founder of Nsona Books which publishes fiction by emerging writers in Ghana. Her literary blog Kinna Reads, is one of the go-to locations online for dialogue on African literature. In 2012, she began an online based literacy challenge – the Africa Reading Challenge – which encourages participants to read, discover and discuss African literature for one year. She has degrees from Smith College and Columbia University in the U.S. Prior to her return to Ghana in 2004, she worked for ten years at Columbia University in the fields of medical informatics and technology transfer. She and her brood of boys live in Accra. 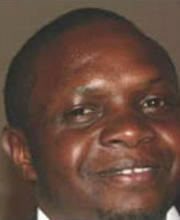 Christopher Ouma holds a Doctorate from the Department of African Literature at University of the Witwatersrand, Johannesburg, South Africa. He is a senior lecturer in the Department of English at the University of Cape Town. His research and teaching interests include the broader field of contemporary African and African Diasporic literary and cultural production. He is interested in African popular culture, black print cultures particularly small magazines, literary journals and literary periodicals. He has held fellowships at the Open University, Milton Keynes London, University of the Johannesburg and is currently the Mandela fellow at the Hutchins Centre at Harvard University. He has co-edited The Spoken Word Project: Stories Traveling through Africa, and recently co-edited a special issue of The Black Scholar titled “After Madiba: Black Studies in South Africa.”  He is co-editor of the Journal Social Dynamics: A Journal of African Studies. Chris is currently finishing a monograph on the imagination of childhood in contemporary African and African Diasporic literature” while working on a new project on “Contemporary Small Magazines and Black Internationalism”.

Unpublished writers who live in any African country can submit their short fiction and creative nonfiction for the 2019 Writivism and Koffi Addo prizes until December 31, 2018. Find the submission guidelines here.