This list was limited to 56 writers across decades, which will never be a true representation of events because we are, of course, standing on the shoulders of hundreds of giants. Nevertheless, we thank you for journeying with us, suggesting even more additions to this list and supporting, buying and creating Ugandan literature. Happy Independence Day, Week and Year, Uganda.

“There are so many ways of knowing… things like intuition, premonition, dreams, that kind of thing has been bundled up and thrown away as old wives’ tales. But I think, wait. Do not dare throw away this way of knowing, because it has not been interrogated. The West has thrown it away, but we don’t have to.” – Jennifer Nansubuga Makumbi

“History is not the past. It is the present. We carry our history with us. We are our history.” – James Baldwin

The final installment of this series showcases some of the talent that has emerged due to, among other things, the creation of more Pan-African literary organizations and events, greater access to the internet, and the diasporic movements of Generation X (early 1960s) and slightly older Ugandans with their families. In this last decade, we have built on the work of our forebears at FEMRITE and Kwani? in order to commune and support each other as writers both within East Africa and around the world (is it smug to remind everyone that Kintu by Jennifer Makumbi won the Kwani? manuscript prize before it was published in the US and UK, or that she launched it at Writivism in 2014?). In fact, one of our favourite events of the past decade has been the founding of Writivism in 2012, as well as other East African publishers and writing collectives such as Sooo Many Stories, the Munyori Journal ,Jalada, Huza Press, Enkare Review, Magunga. And we haven’t even mentioned the blogs and micro-blogging platforms which have pushed the boundaries of Ugandan writing. In the last few years, the idea of “taking up space” has shifted and expanded. We are carving out non-physical spaces for ourselves and each other online. We are creating space via festivals, pop-up events, meetups. We are doing all of this with Ugandan frames of reference.

It would be wrong to say that the spaces we have now, especially the online space, are totally democratising. They are not. They remain classed, gendered, divided by the manufactured boundaries of the nation-state, and still inaccessible for many. But they are bringing us closer and showing us the reach of our words and our work beyond anything we could have hoped for before. Festivals, pop-up events, meetups and our online groups allow literary nomads to find temporary shelter, maybe even permanent homes, and they act as an archive for the times in which we live today. Provided that we carefully store and maintain all of this work, we will be able to expand and broaden our cultural memories, even while we change culture itself. For better or worse, Uganda’s history is felt as strongly now as it has ever been because it has never truly ended. But with our work and in our collectives, we get to imagine and share our visions for the future. We get to construct literary worlds and envisage how we can translate those into our physical spaces. We get to build, as Ugandans, together.  We at Writivism are proud to be a part of this. We can’t wait to find new ways to build with you – to try and fail and try and succeed as we work towards ever greater literary heights, grow to be decolonial as well and independent, and fight for freedom by writing and living it. 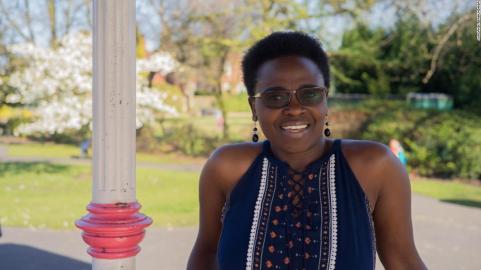 Jennifer Nansubuga Makumbi, a novelist and short story writer, has a PhD from Lancaster University. Her first novel, Kintu, won the Kwani Manuscript Project in 2013 and was longlisted for the Etisalat Prize in 2014. Kintu was published in: 2014 by Kwani, 2017 by Transit (USA) and in 2018 by Oneworld (UK/Commonwealth). She was awarded the 2014 Commonwealth Short Story Prize for her story “Lets Tell This Story Properly”.  She was awarded the Windham-Campbell Prize for Fiction 2018 to support her writing. She lives in Manchester with her husband and son, and lectures in Creative Writing at Manchester Metropolitan University. Her first full story collection, “Manchester Happened, will be published in May 2019.

Oscar Ranzo is the author of the novel “Cross-Pollination” (2012) and the children’s books The Little Maid (2012), The Wise Milkboy (2013) and “The Jewels of Amuria” (2013). He is the coordinator of the Child Sacrifice Prevention Program, which is based on his book “Saving Little Viola”, and the founder, in 2012, of the Oasis Book Project, which aims to increase the profile of Ugandan literature.

George Mpanga, also known as George the Poet, is a London-born spoken word performer of Ugandan heritage. His innovative brand of musical poetry has won him critical acclaim both as a recording artist and a social commentator.

In May 2012, he premiered the piece “My City”, about his hometown London. Mpanga was shortlisted for the Critics’ Choice category at the 2015 BRIT Awards. In October 2014, Mpanga released the EP “The Chicken and the Egg” and the single “1,2,1,2”. He released the single “Cat D” in February 2015. In March 2018 it was announced that Mpanga had been elected as a Member of the National Arts Council England. Mpanga’s performance of The Beauty of Union was chosen by the BBC to introduce the British Royal Wedding coverage. 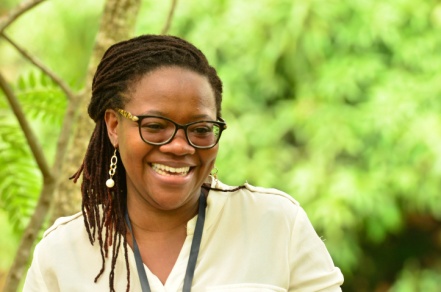 Nyana Kakoma is a Ugandan writer, editor, blogger and publisher. She created the online platform Sooo Many Stories to promote and showcase Ugandan literature and it has now grown into a print publishing house. Before venturing into fiction writing, she worked for The New Vision and The Daily Monitor as a reporter and sub-editor. She also worked as the group Magazine Editor for Madhvani Group. Nyana has been published in The Suubi Collection, online, The Caine Prize Anthology (2013), Jalada, The Storymoja blog and kampalawritesbremen.com. She has facilitated writing workshops with Writivism and Tukosawa Stars (a writing workshop for secondary school students with FEMRITE). She has given talks on publishing and writing at FEMRITE Readers/Writers Club, ACME and African Writers Trust Editorial Workshop. She is a member of Femrite and one of the founding members of Jalada, a Pan-African collective of writers.

Melissa Kiguwa is an artist and a feminist. She was raised by a Haitian father and a Ugandan mother. She considers herself to be an Afro-Nomad. Her work focuses on imperialism, migration, sexuality, spirituality and trauma. She was longlisted for the 2014 Writivism Short Story Prize for her story, “The Wound of Shrinking”. Her first collection of poems, “Reveries of Longing”, published in June 2014 was selected as one of This is Africa’s 100 best books in fiction, poetry, memoir and non-fiction, published between 2010 and 2014. She has also been recognised as an influential African feminist artist to know and celebrate. She is currently living in the USA. 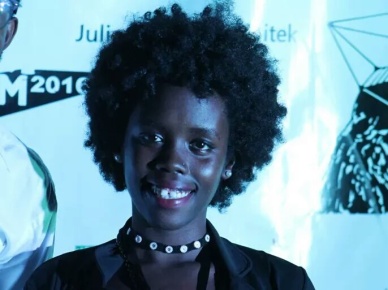 Acan Innocent Immaculate is a 20-year old Ugandan pursuing a Bachelor’s degree in Medicine and Surgery. Writing has always been her first love and she looks forward to a literary atmosphere where African stories will break the mould even more than they do now.

Eron Kiiza is a young legal activist and poet. He has published a poetry collection, “Pregnant Poems” which decries the politics of the nation and engages the readers on day to day life of their country. Kiiza performs his poetry on several local literary platforms in Uganda. 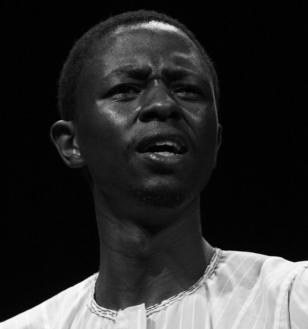 Kagayi Peter “The Headline This Morning and Other Poems” (2016)

Famous for his debut poetry publication, “The Headline that Morning”, Peter Kagayi is a sensation. He has distinguished himself as a performer and mentor of young Ugandan poets. He has founded several literary hubs for poets and performers in urban Uganda such as The Poetry Shrine and Kitara Nation. He has previously served as the Anglophone coordinator at Writivism and President of the Lantern Meet of Poets. 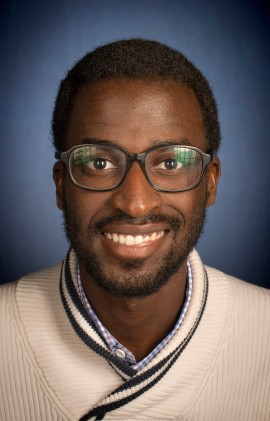 Mugabi Augustine Ateenyi Olatokumbo Byenkya was born in Nigeria to Ugandan parents. He spent his life across Africa, Asia and North America. Currently, he is based between Kampala and Toronto. Mugabi is a writer, poet, teacher and rapper. He was longlisted for the Babishai Niwe Poetry Award in 2015 and his writing is used to teach international high school English reading comprehension. Mugabi’s poetry and writing appears in numerous zines, online publications, journals and anthologies, such as: “Soo Many Stories”; “The Mighty” and “The Good Men Project”.

Ijangolet S Ogwang was born in Kenya to Ugandan parents and raised South African. She is most passionate about women empowerment and the development of Africa. She co-founded Good-Hair and works as an analyst for Edge Growth, a company focused on growing small businesses in South Africa. Between this and “adulting” she makes up stories. 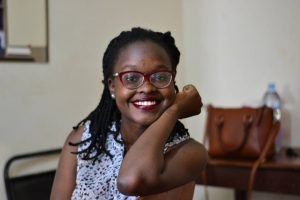 Maria Birungi is an unabashed lover of literature in the online space. In 2014, she participated in Writing Our World’s ‘Young Writers for Peace’ project. Her poem, ‘I am not sorry anymore,’ was amongst the Top Five in the Babishai Niwe 2016 poetry competition.  She is a member of Ugandan Youth Creative Writing. Her story “Which Season is This?” was featured in the 2018 Writivism anthology, Odokonyero.